Posted at 00:24h in Firebowls and fire feature designs for hotels restaurants hospitality by johntunger 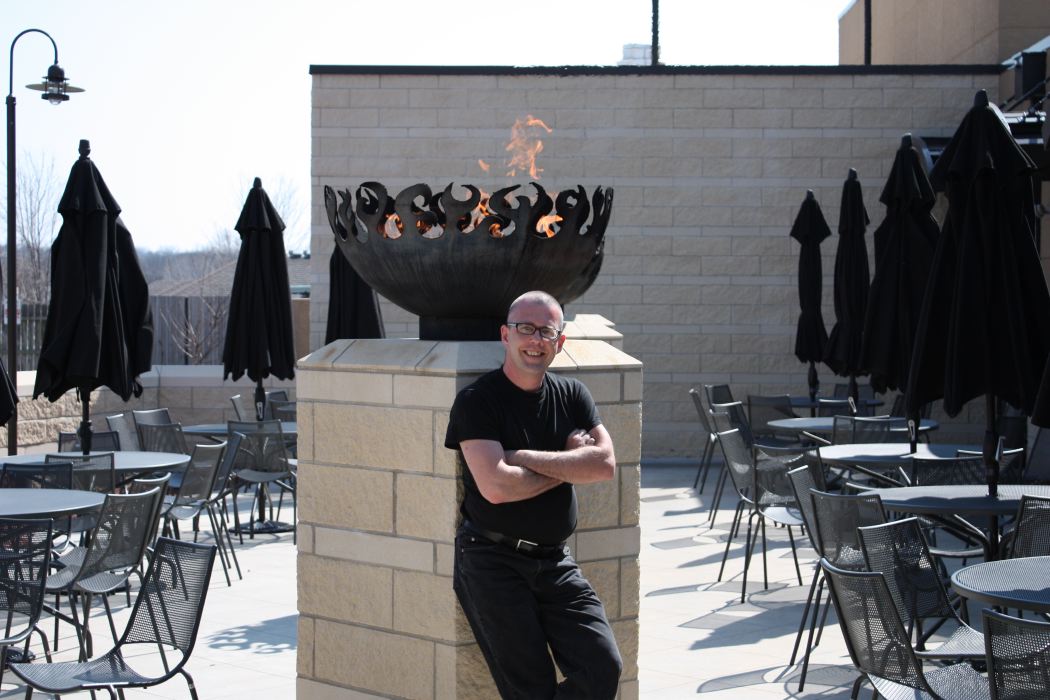 I’m glad I had a chance to visit the Brick Oven Courtyard Grille in Topeka, KS on a trip in 2009. We arrived before serving hours, but the staff was kind enough to turn on the restaurant’s three Great Bowls O’ Fire so we could shoot some photos. The Sculptural Firebowls™ I created for Brick Oven were some of the earliest I made, cut in 2005 with an oxy-acetylene torch rather than the plasma torch I use now. The flames are not quite as intricate, but they still make quite a statement mounted on stone pillars in the outdoor dining patio. 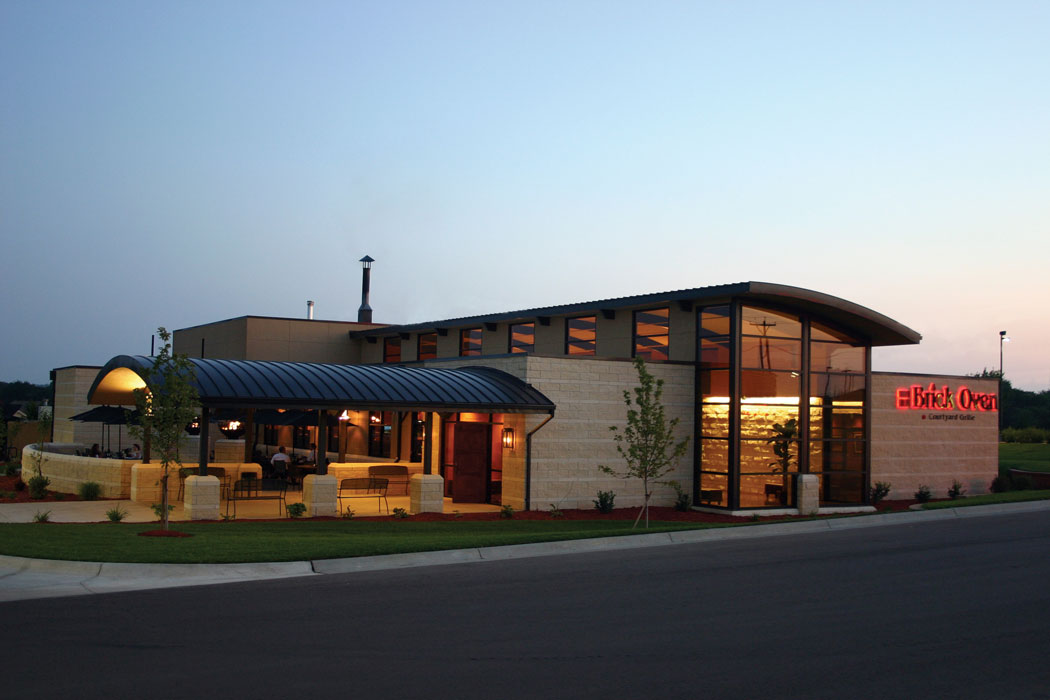 Brick Oven Courtyard Grille apparently closed in 2011, but was well regarded by diners in the Topeka area. Readers of the Topeka Capital-Journal voted it the city’s “most romantic restaurant” in the newspaper’s 2010 Best of Topeka contest. I’d like to think my firebowls contributed to the romantic allure.

The only shot of have of the Great Bowls O’ Fire™ lit during dining hours is the one below, from a restaurant review by the local ABC news channel. 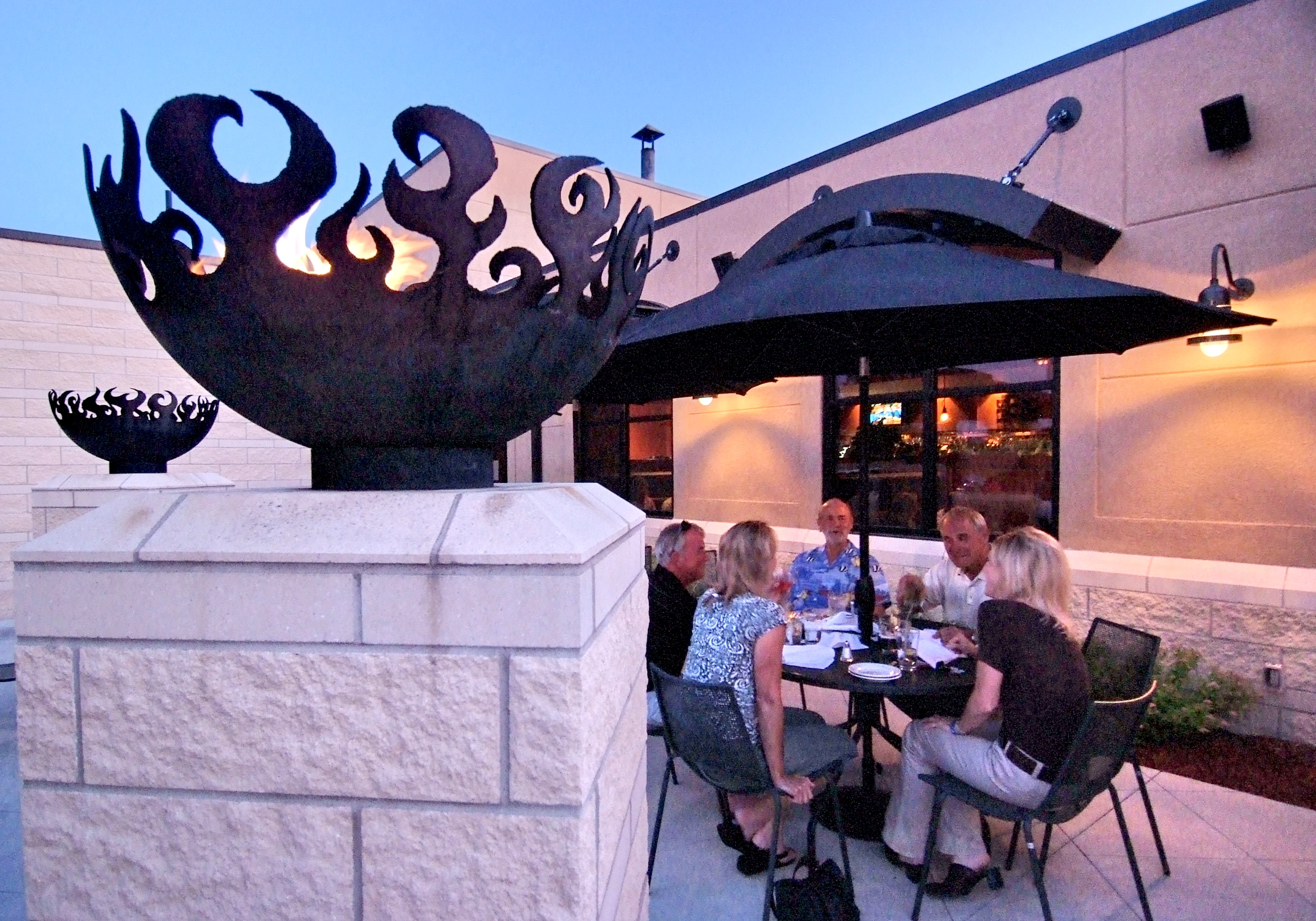 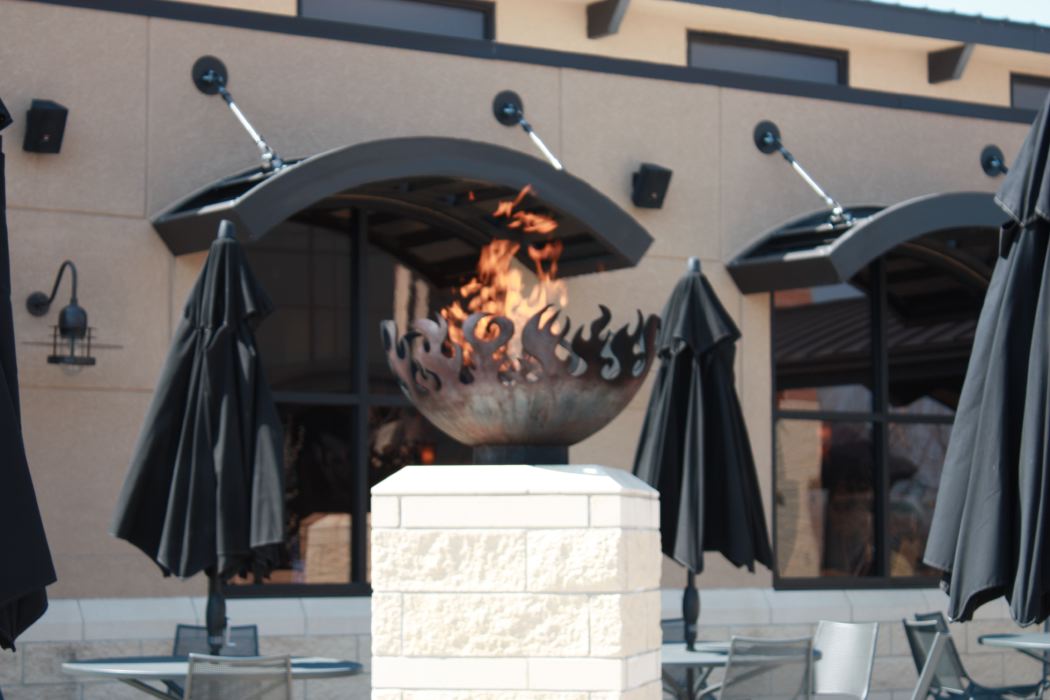 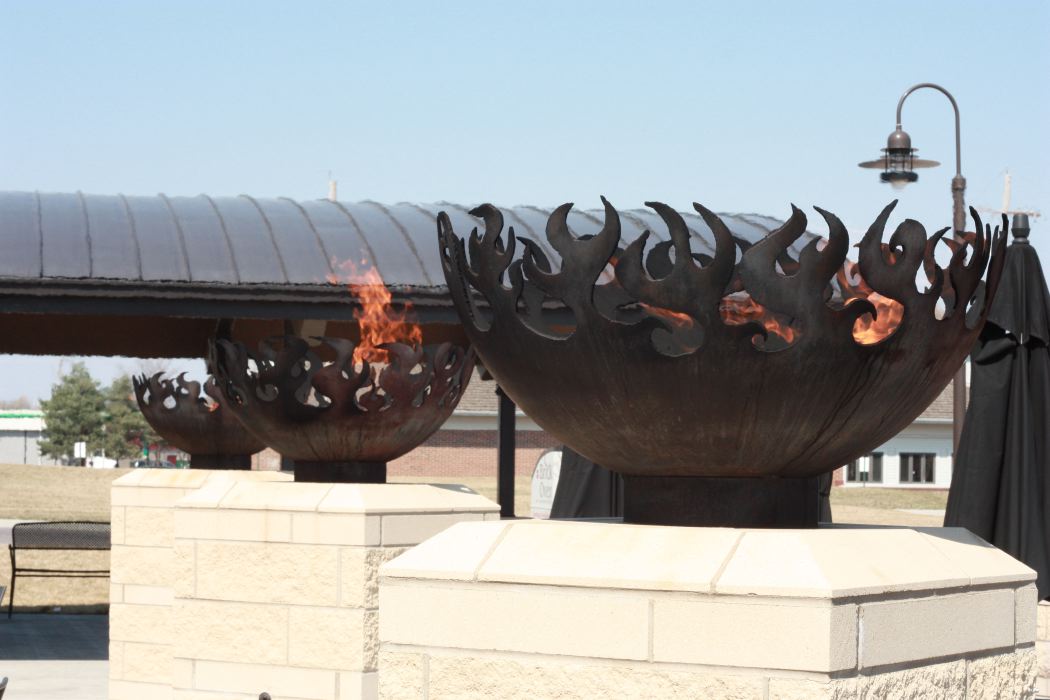 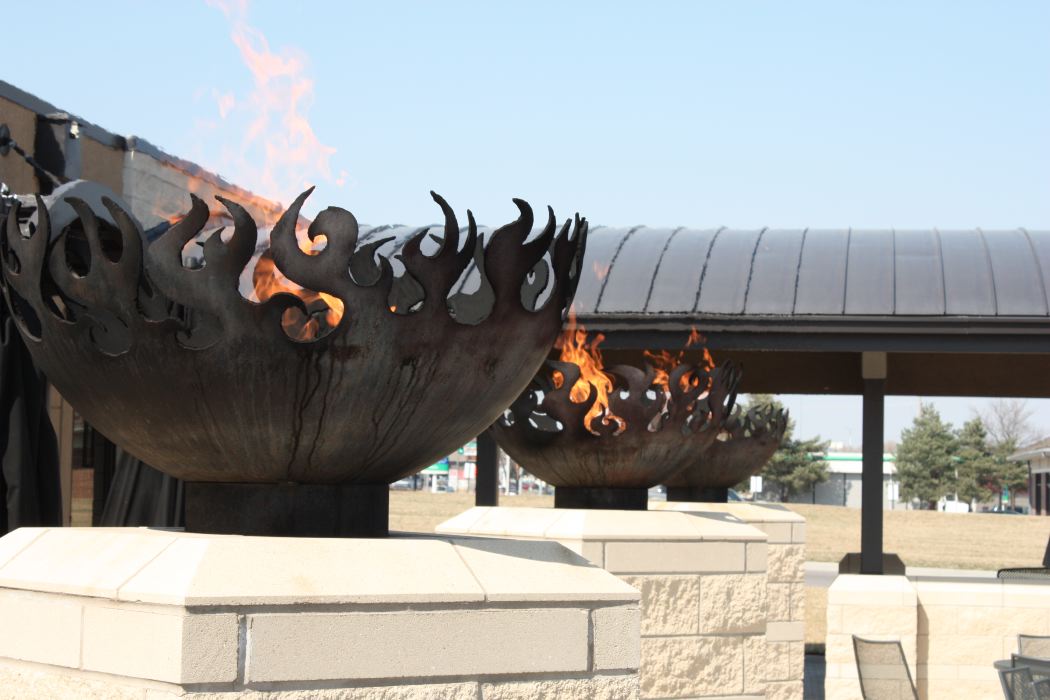 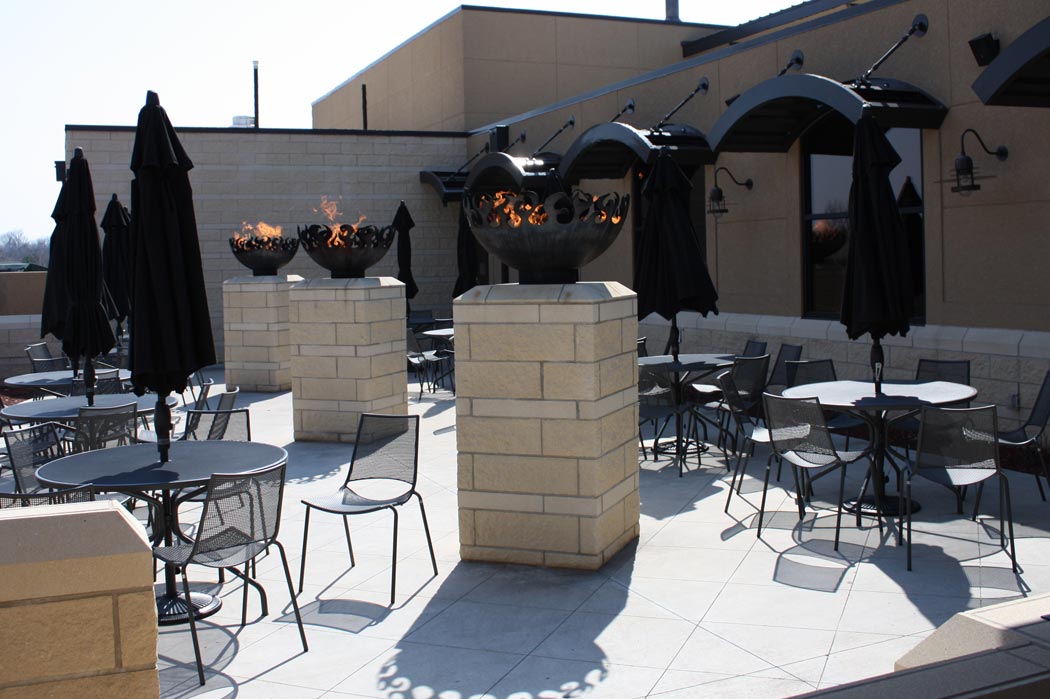