16 Feb Fidel Scooped Me on the Guernica Billboard idea

Posted at 18:38h in American Guernica by johntunger 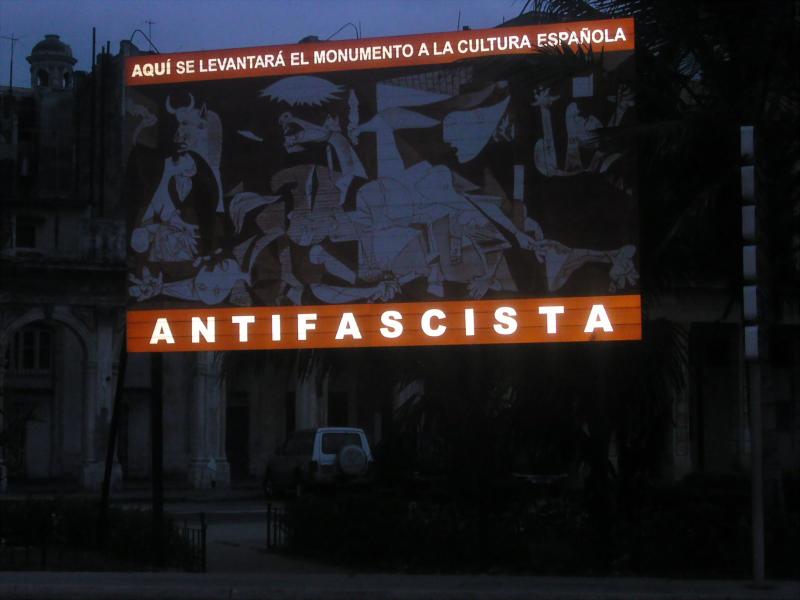 I suppose there’s no better acid test of whether your political commentary is on the radical side, than being scooped by Castro. It’s almost a little bit scary, eh?

As a protest against EU sanctions, the Cuban government erected a billboard of Guernica in front of the Spanish embassy. The text at the top reads: “Right here a monument to Spanish culture will be erected,” while below the painting is the word “antifascist.” More info here. Another account can be found here.